Together, these majestic Dragon Aspects committed themselves to thwarting any force that threatened the safety of Azeroth. This time it was his turn to lead the ritual, and so far he had done it masterfully. Open to your brothers and sisters! Sense them, feel them, see the Spirit of Life gleaming brightly inside them like a glorious flame!

This was no gentle, subtle working they were doing now: this was triage. They stood, daringly, close to the edge of sheer cliffs.

Wind whipped up the ocean below them, sending the waves crashing to boom hollowly against jagged stone. All needed to calm before the healing could begin, but it was a risky choice. Thrall felt his muscles lock, trying to hold him in place. It was much to juggle: staying upright on the wild earth, not toppling forward to the hungry ocean and sharp stones, and still trying to find the center of peace within that would enable him to connect on a deep and profound level with his fellow shaman.

This was the space where, if the shaman was skilled and properly prepared, the Spirit of Life could enter—that energy that enabled the shaman to reach the elements, to interact with them, and to unite with others who were doing the same. He could feel them reaching out to him, their essences an oasis of calm in the chaos, and he struggled to drop deep into his own inner core. With an effort, Thrall gained control of his breathing, refusing to surrender to the quick, shallow breaths that would only cause his body to taste worry and apprehension, instead forcing his lungs to inhale and exhale the damp salt air.

Thrall : Twilight of the Aspects by Christie Golden (, Hardcover) for sale online | eBay

In through the nose … out through the mouth … extend from the soles of the feet into the earth, reach out with the heart. Hold tightly to Aggra, but do not cling. Close the eyes, open the inner spirit. Find the center and, in the center, find peace. Take the peace found there and link it to the others.

Thrall felt his hands sweating. His weight shifted and, for an instant, he slipped. Quickly he caught himself and tried to start breathing deeply again, to begin the centering ritual. It wanted to fight, to do something, not stand and breathe and be calm. A sudden light, so bright the orc could see it even with his lids tightly closed, flashed. A terrible crack shattered their ears as the lightning struck far, far too close. There was a deep rumble, and the earth quivered even more violently.

Thrall opened his eyes in time to see a huge hunk of earth, scorched from the lightning strike only a few yards away, crumble beneath the feet of a goblin and a dwarf. They cried out in surprise, clinging to each other and the shaman on either side, swaying over the crashing waves and jagged rocks. Hang on! He braced his hooves and pulled. The draenei clutching the dwarf did likewise. Gasping, the two shaman were dragged to safety. 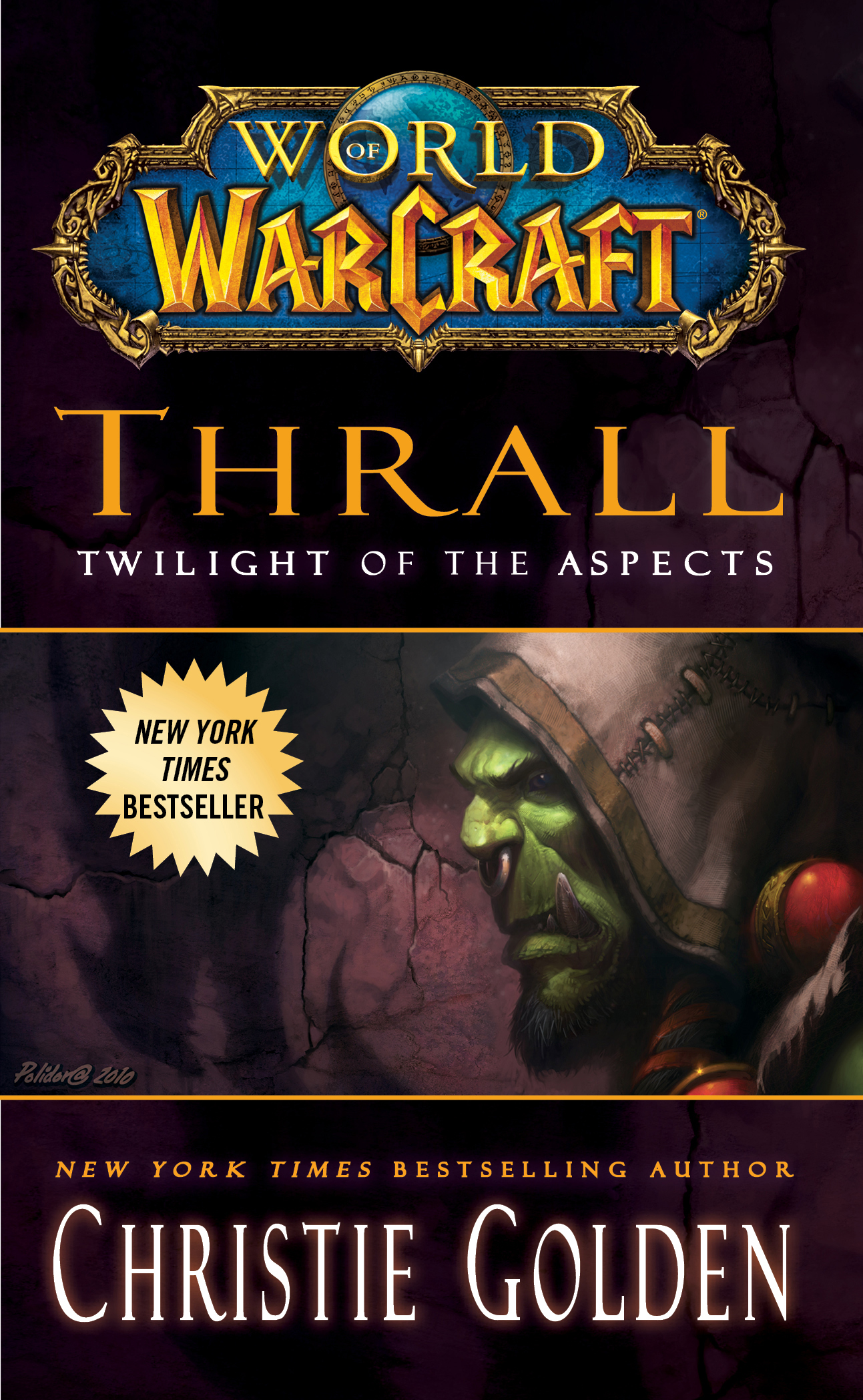 Pull back, pull back! To the shelters—quickly! The gathered shaman needed no urging as a nearby skerry crumbled to pieces. Thrall hesitated long enough to make sure Aggra had climbed atop her winged mount, then he urged his own wyvern skyward. The shelters were little more than makeshift huts, located as far inland as possible and protected by warding spells. Each individual and mated pair had their own. The huts were arranged in a circle around a larger, open ritual area.

The warding spells protected the shaman from smaller manifestations of angry elements such as lightning, though the earth might open up beneath. But such was always a threat, no matter where the shaman were.


Thrall reached the shelter first, holding up the bearskin flap long enough for Aggra to charge inside, then dropping it and tying it closed. The rain pounded angrily on the skins as if demanding entrance, and the structures trembled slightly from the onslaught of the wind. But they would hold.

World of Warcraft: Thrall: Twilight of the Aspects

Aggra did likewise in silence; the wet clothing would kill them more surely than a random strike of lightning, if not as swiftly. They dried their wet skins, one green, one brown, and then donned fresh, dry robes from a chest. Thrall set about lighting a small brazier. Finally she broke the silence. Say nothing, Thrall said, and busied himself heating water for hot beverages for them both. He saw her scowl at him, then roll her eyes and almost visibly choke back her words. He disliked speaking to her so, but he was in no mood to discuss what had happened.

They sat silently and awkwardly as the storm broke about them and the earth continued to rumble. At last, almost like a child that had cried itself to sleep, the earth seemed to subside. Thrall could feel that it was not at peace and far from healed, but it was still. Almost immediately Thrall heard voices outside their shelter. He and Aggra emerged into the gray day, the ground wet beneath their bare feet as they walked.

Others were assembling in the main area, their faces reflecting grave concern, weariness, and determination. Nobundo turned to Thrall and Aggra as they approached. He was a former draenei. His form was not proud and strong and tall, but bent, almost deformed, caused by exposure to fel energies. Many Broken were dark and corrupted, but Nobundo was not.


Indeed, he had been blessed, his great heart opening to the shamanic powers, and it was he who had brought these powers to his people. Beside him were several draenei, their blue forms undamaged, sleek, clean. Yet, to Thrall and many others, Nobundo outshone them all because of who he was. This being—indeed, all the other shaman gathered here—was someone Thrall respected deeply, and had never wished to disappoint.

And yet, he had. Nobundo beckoned Thrall to him with an oversized hand. Come, my friend, he said quietly, regarding the orc kindly.

Many were not so charitably minded, and Thrall felt angry gazes being cast his way as he approached Nobundo. Others came silently to join in this informal gathering. You know the spell we were attempting to work, Nobundo said, his voice still calm. It was to soothe and comfort the earth. It is admittedly a difficult working, but one that all of us here know how to do. Can you tell us why you—? Stop dancing around the subject, growled Rehgar. He was a massive orc, battle-scarred and hulking. One would not look at him and think spiritual, but whoever made that assumption would be very wrong.

Now, though, a lesser orc than the former warchief of the Horde might have quailed before his anger.

Thrall … what the fel was going on with you? We could all feel it! Thrall felt his hands curl into fists and forced them to relax. Only because you are my friend will I permit you to speak so to me, Rehgar, Thrall said quietly, but with an edge to his voice. Rehgar is right, Thrall, Muln Earthfury said in his deep, rumbling voice. The working is hard, but not impossible—not even unfamiliar.

You are no inexperienced child, to be coddled and sympathized with. You are a member of this Ring—an honored and strong one, or else you would not be here. And yet you crumbled at a crucial moment.